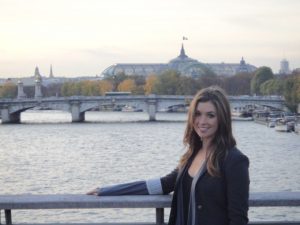 Cheryl’s interest in psychology began at an early age. Growing up, she moved frequently across British Columbia and Alberta and was exposed to a wide variety of people, all of whom had different ways of living, looking at the world and adversity. She credits these early experiences as the initial fuel for her curiosity and fascination with the human mind. This curiosity eventually led her to pursue a bachelor’s degree in psychology at the University of Calgary in 2007 followed by a master’s degree in Counselling Psychology through Athabasca University. She gained experience in early childhood and adolescent development and education before deciding to focus solely on adult psychology. She is a Registered Provisional Psychologist who uses Dialectical Behavior Therapy and Cognitive Behavior Therapy to address her client’s needs and goals. She works with adults of all ages across a wide range of mental health concerns including Borderline Personality Disorder, Obsessive-Compulsive Disorder, Generalized Anxiety Disorder, Major Depressive Disorder, ADHD, poor self-esteem, relationship issues, grief and bereavement, addiction, and career and life goals.

We are available to provide services during COVID-19.

In order to provide services in a safe manner, an assessment will be conducted to determine which mode of therapy is best suited to your needs (in-person, phone or telehealth). Our DBT groups continue to run and are being offered both in-person and through virtual platforms.
We will continue to accept new referrals.